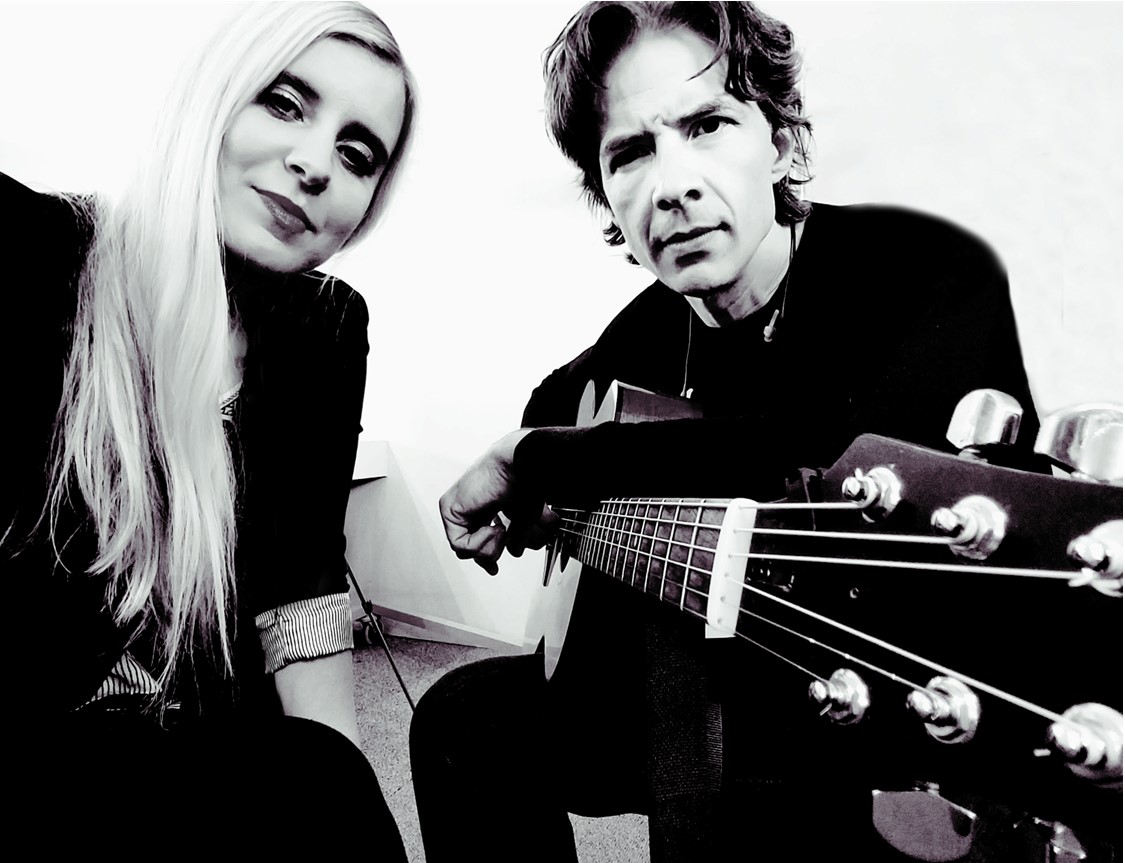 Swearingen & Kelli recreate the music, memories and magic of the most famous folk-rock duo of our time, Simon and Garfunkel. AJ Swearingen has been performing this music for twenty years with mastery of Paul Simon’s intricate guitar playing. His deep baritone blends perfectly with Kelli’s angelic vocals delivering a true tribute to the sound of the 1960’s Greenwich Village, NY coffeehouse performances. The duo is on a mission to share this iconic music to new audiences around the country, being hailed as “one of the most talented duos of today” by Broadway World and recognized for “channeling Simon & Garfunkel” by The Henderson Tribune.

Both inspired by the great singer-songwriters of the past like Paul Simon, James Taylor and Carole King among others, Aj and Kelli have been performing and writing music together since 2011 with a self-titled debut album in 2013. Folk icon Tom Rush recorded and released their song, “You’re Not Here With Me” on his last studio release. Their sophomore album, The Marrying Kind, was featured on Gretsch Guitar and The Daily Country, followed by 2019’s release of The Cold-Hearted Truth, which earned praise from Americana Highways, Cowboys & Indians, and Red Line Roots. Opportunities led them to open for eclectic songwriter and multi-instrumentalist David Bromberg on a tour through Texas, along with supporting Country legends Crystal Gayle and Kenny Rogers.