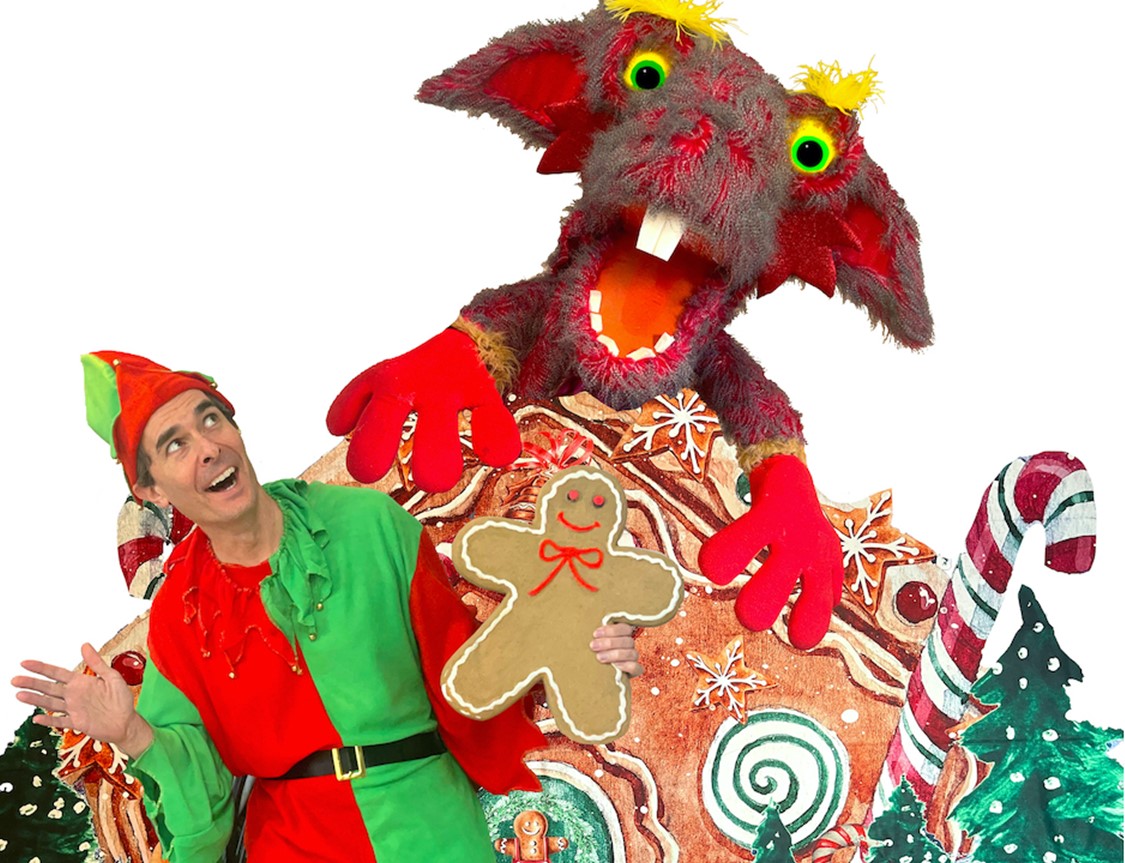 (Ages 2 & up)  Ralphie the elf has one dangerous job; he has to feed the Gingerbread Beast! It gobbles up cookies, houses, and most of all… stories! With help from the audience, Ralphie entertains the beast with his favorite fairy tales, the Gingerbread Man and Hansel and Gretel before there’s nothing left of the holidays.  Puppeteer Dylan Shelton is a creator of puppet theatre, writing and directing original puppet performances that tour across the country. Dylan began his career at Madcap Puppets in 2002 and has written and directed more than 30 shows with the company as their Artistic Director.  In 2022, Dylan performed a solo puppetry piece, Animist. The show was awarded a Henson Foundation grant and was performed for Puppetopia at Here Arts Center in New York City. He was the puppetry captain for $martpath, an Emmy Award winning web series for children.