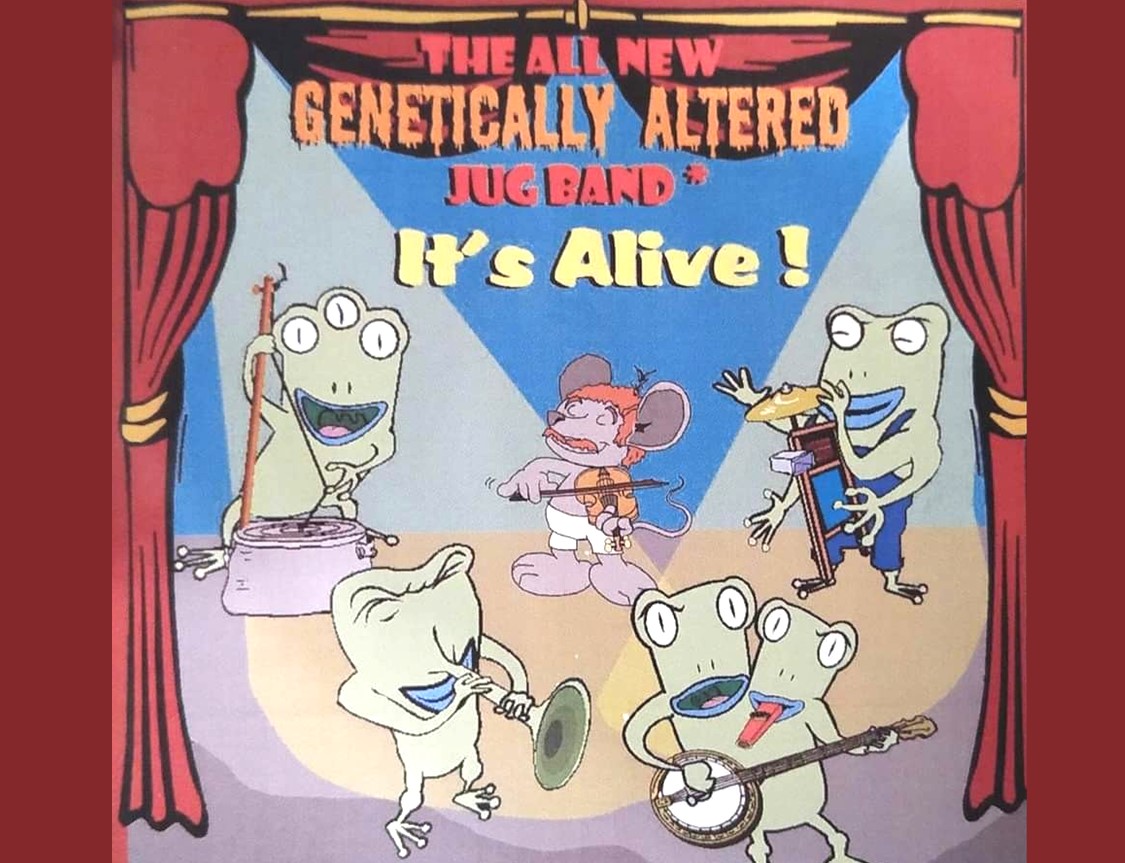 Franklin Park Arts Center invites you to join us for “Music for Dessert”, a live music series for both in-person and virtual audiences.

The All-New Genetically Altered Jug Band has been together for twenty years with the same lineup: Bags Howard on trumpet/cornet, Jim Gutbucketeer Bunch on jug/washtub bass, Special Ed Light on guitar/banjo, and Ron Scratchy Goad on washboard/drum. The band has a CD called It’s Alive. We have performed for the Smithsonian and folk festivals. Known for old-time novelty songs, parodies, and four-part gargling, we have been aired many times on the radio with Dr. Demento, who remixes some of our songs, we suspect, probably to speed them up so they are over with sooner. Our original “Cicada Song” by Ed and Scratchy, about Brood X, has been featured on NPR twice, 17 years apart. Kazoos, goose calls, sirens, and other noisy things cover up some of our mistakes. Ed’s song “There’s a Fungus Among Us” has led us to be known as The Fun Guys.